Ladies and Gentlemen!!! I am proud to announce I finally get this little creampuff beauty of a badge, as I weighed in this morning at 184.6! I've officially lost 40.4 pounds since December 2008, and 30 of those pounds has been since July 2009.

I figured it out and I've actually lost 18% of my body weight!

And since y'all keep telling me you love the photos, here's a quick recap of the before and current. May 2009, one year later, only TEN pounds down from that! Boy was I slacking, and part of my body is still even cut off in this photo. UGH!:

So, I'm all celebratory today about getting into the size 12 jeans you see there, and it reminded me about back when I bought those jeans, and how fully pissed off I was. I was on a trip to New York with my best friends Wes and Jesse. I thought I'd dig up the journal entry I made back then, the last time I fit into these jeans, March 2nd, 2006:


I bought a new pair of jeans and found myself severely angered to be purchasing a size 12. 12! 12! 12! My self-worth took a serious nose-dive today. Now introducing the theme of today's blog self-consciousness! Overweight, bloated, bad skin, stretch marks, pimples, bad hair, tight clothing... none of which anyone other than myself really notices or thinks is significant. The only thing I keep hearing in my head is that line from Beauty and the Beast, "....fat and lazy, you walked in and oopsie daisy!"

Even after all the compliments I've received this week thus far from the gay boys, ("Girl, you are SO New York. This is YOUR town. You are IT.")... I feel worse about my "image" than I have in quite some time. Maybe it's feeling sick, as I always do when or after travelling. I can't count how many supplements I have taken so far on this trip. I have been eating very poorly. (Street-side vendors! Italian Deli's! Free breakfast and dinner buffets at the hotel!) It's a good thing I'm not going to pursue being a rock star. I'd go insane and end up front page headlining in an untimely death most likely involving a screwdriver and a screwdriver.

When it comes to weight loss, I'm like a little girl that keeps asking, "Are we there yet? Are we there yet?" Enough so that my body tells me "I will TURN this car right back around to the buffet." And I do.


Isn't it funny how perception changes?

Oh, and before I go, the lovely Sarah gave me a blog award today: 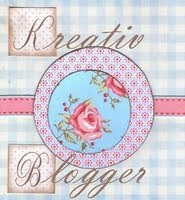 And I suck, but I'm doing a somewhat quickie blog post and I don't have time to nominate a bunch of people for this one here. I've become a slacker, rule breaker, non blog award passeronner. :( But! I'll say I love Sarah because she's sweet, and because she met her husband on the internet, and that's how Dan and I met. ;)


Alrighty. I'm off to Target to buy a hula hoop. Actually, I'm buying two hula hoops. Be prepared for the awesomeness of awesomeness after the hula hoops are purchased and I figure out a way to video record some awesomeness outside. Awesome.

Posted by Jennifer Brindley at 3:50 PM

Look at how effing hot you are rocking those size twelves. And look at all of your blog bling. You rawk.

And do nanowrimo with me. Please.

Jen! You are amazing!

Looking great! You are super inspiring (and downright hilarious). Oh and the new hair is awesome :)

WOW! good for you! 40 lbs is fantastic, and really even though you stalled in the beginning, taking less than a year to get there is pretty damn great! You've inspired lots of us...THANK YOU!

Congratulations on 40 lbs. You look great! :)

Yahoo for Jen!!! Way to go, Idaho, and you OWN those jeans.(Loving the image of killing with a screwdriver and a screwdriver, though.)

That's is awesome!! Congratulations! I hope that I can post something similar down the road. :) For now? *does a little happy dance for you*

Hula hooping rocks, but seriously it's best to make your own because it will be the right size. It makes a huge difference. Email me for more info on how to make one. Super easy!

You look awesome in your size 12s!

Way to rock that scale.

Great progress!!!
Funny thing: I met my husband on the internet, too ;)

Girl, you look fab-u-lous!! And I am totally digging the new hair. Love it!

So very true about perspective! It's a great reminder to not take too seriously however we happen to be feeling about our bodies on any particular day. Have you seen the website operationbeautiful.com? It's pretty cool in it's message about body image and empowerment.

If you're in the market for an amazing hula hoop you should check out the ones that Christabel makes (http://hoopgirl.com/). I bought one from her years ago and love to hoop with it!

Congrats on the weight loss! You look fabulous!

Congratulations!!
I blogged about your blog yesterday..check it out. :) http://siestacupcakes.blogspot.com

Congratulations! That is definitely not an easy feat to accomplish. You did great.

I am trying to get there. Slowly but surely. Any plans that you wish to share? :)

You really look smashing in those jeans! :o) They hug your curves just right. Again, I wish I had a nice butt to fill my own jeans out. Congratulations on your success!

Congrats! You're doing such a great job! I really liked the early journal entry. I know you weren't happy then but your humor was and is fantastic (a screwdriver and a screwdriver, I'm sorry but I was cracking up with that one!)

I love looking at the pictures and only in a marginally creepy way haha. Just kidding. But it's great when you can physically see progress.

Thank you so much for the compliment!
I always say a Wisconsin Girl would have never met a Georgia Boy if it wasn't for the internet!

You look fabulous. Keep up the good work and keep encouraging others (including me) with this blog. I am currently out of the country until December, but when I return I plan on participating in the traveling jeans. :)

Wow, you look amazing! I am so jealous, I totally need to steal your diet plan. I love this blog, and you are funny and totally inspirational. That's why I gave you the Best Blog Award. Please check it out at
http://whatswrongwithmommy.blogspot.com/2009/10/yay-i-got-me-award-j-lovely-mrs.html

p.s. I was nominated for an award on my blog and have to pass it on to five people and I chose you!

Good Job Jennifer! You've done great. You are an inspiration!

Congratulations! You look fantastic, and more importantly you look happy :)
It is amazing how your perception can change over time, all it really means is that you have more of a grip on reality haha.

A1. You look so awesome, congrats on 40.4 pounds, that is something to be proud of and celebrate!
B2. Can I say that I'm pretty sure I could find a very similiarlly themed journal entry in my journals....I hate that we feel that way about our bodies at all. At least we are doing something positive to be healthier.

Always, thanks for the brutal honesty and sharing, it makes my weightloss journey easier knowing that someone else has been there and prevailed.

I tried to buy just a regular ole hula hoop at Target a few weeks ago and they had zero. None. Nada. However, I didn't look for the special "exercise" hoops --- let me know if you find one!

PS. Have you seen this article about how even plus size models lower self esteem? Confounding.. but understandable.. but stinky all the same. We'll never be perfect - and neither are the models.

Awesome! Congrats! I'm soooo happy for you! Get ready to change your blog to "hot girl" and lose the "ex" part. (Personally I think you are already hot!)

Good for you, fab effort. You are looking great and I bet you feel awesome. I also used to be slim and hot and now I am over weight, spotty and lethargic. BUT I am on my way to getting back to my former self, I have lost 5 lb so far so a long way to go as yet.

It is so funny how our perceptions change. I always used to say I hated being a size 14, not I would give anything to be back there!

Keep going your doing well and inspiring me along the way.

You look great, keep it going, i love your energy!

CONGRATULATIONS! You look fantastic! I'm very inspired by you and I can't wait to see the hula hoop workout. I have one and for the life of me can't use it! I need to practice!

Hi Jenn, right now I'm at the point where you were in your journal entry but knowing that it can be done is inspiring.

Keep up the great work, you've come such a long way and you look beautiful. (love the new hair too!)

I love reading your entries and checking out all those links you post.

Congrats on the big 4-0! I know that camera's supposed to add ten pounds but yours appears to be taking it off! Just imagine how many big massive grin photos we're going to get when you're in your 'skinny' jeans :)

Congrats! You look awesome! I'm stuck right now, but also have some other issues in life (my blog is www.nikusroad.blogspot.com). But I am also happy with how I look and you should be too, you look great! Congrats and keep inspiring!

Girl Wake Up and Get a Freaking Life said...

I just bought a hula hula hoop and I now wonder how the heck I used to do it so easily when I was younger! The funniest thing I have ever seen though was my hubby trying to hula! I thought I would pee my pants for that one! :) LOL!