I hope you guys had a FABULOUS Thanksgiving weekend.  I'm off to my 2nd family Thanksgiving get together, as I'm sure many of you do during the holidays.  I will openly admit that I was totally off plan this weekend.  I did have stuffing, potatoes, pie and also did some Cracker Barrel family breakfast.

Here are a few photos of the weekend! :) 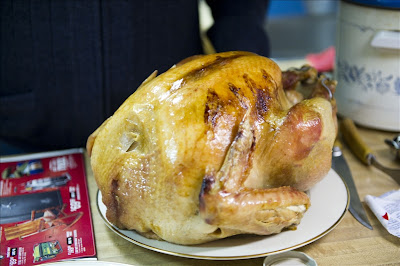 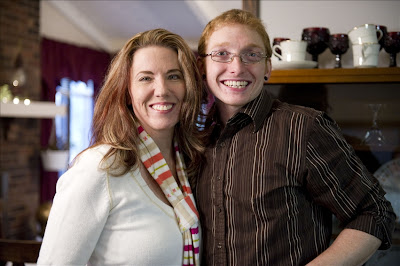 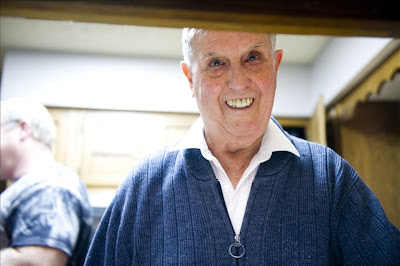 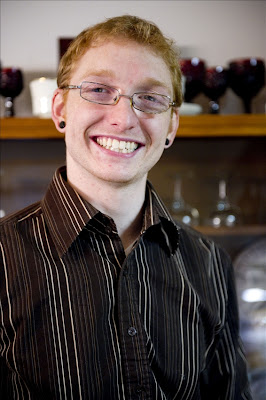 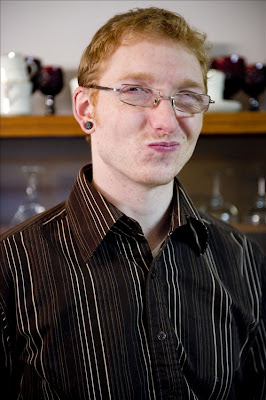 Dad and Grandpa carving the turkey 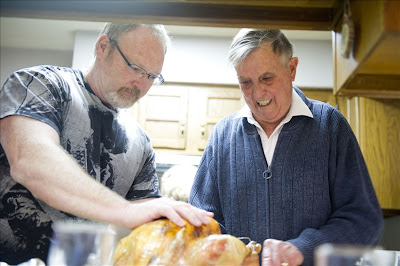 Daniel (my brother) and Mom: 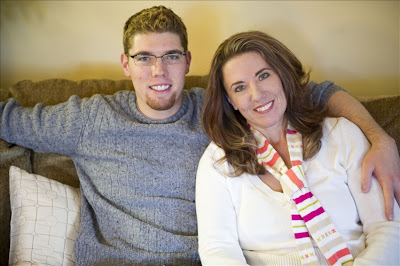 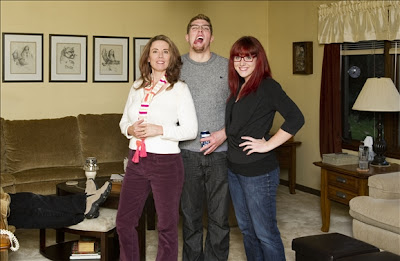 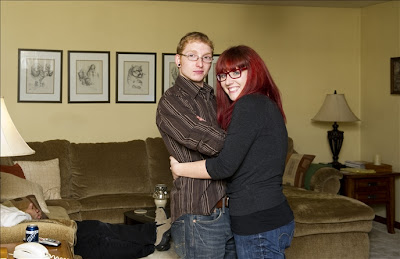 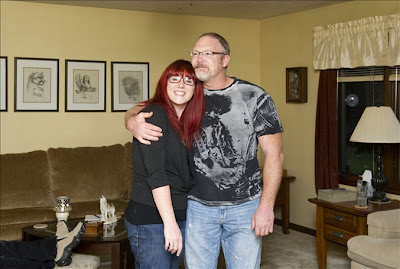 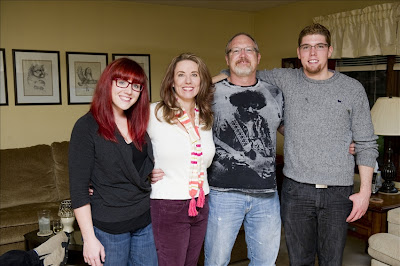 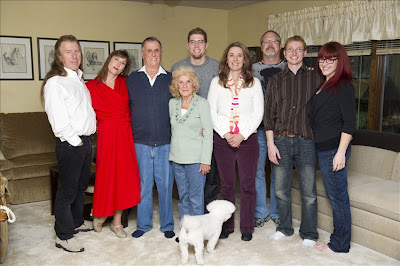 Chauncey (the dog) was having fun with the pillow.  I was laughing so hard, I had to take a picture! 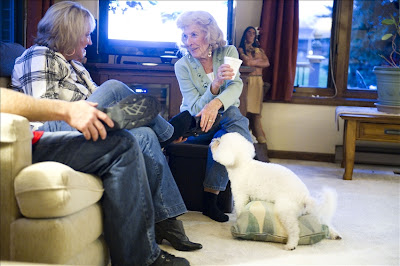 Mom got this one of me with the new tattoo :) 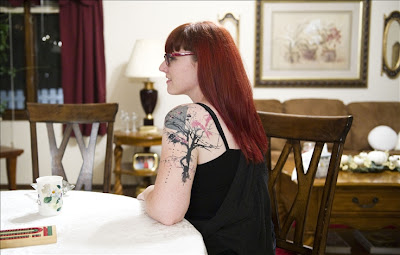 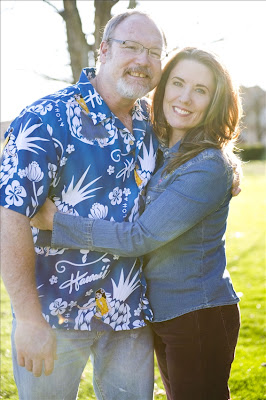 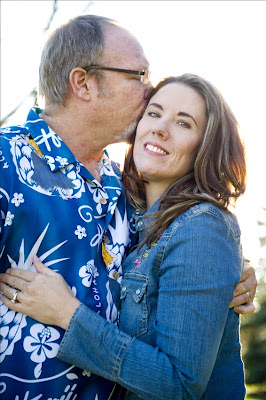 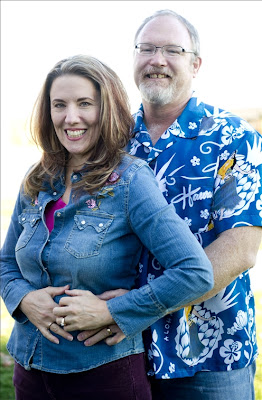 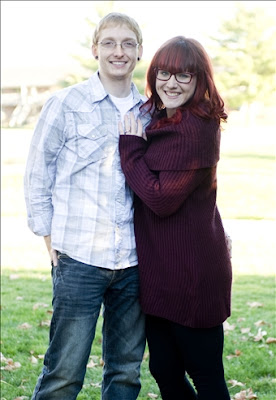 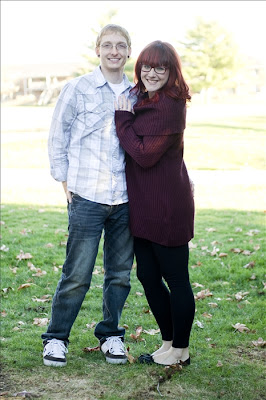 My Aunt and Uncle: 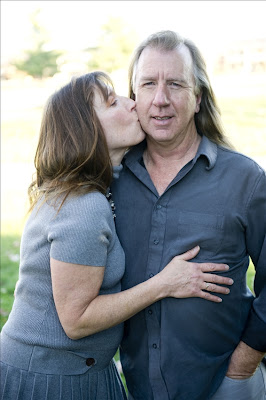 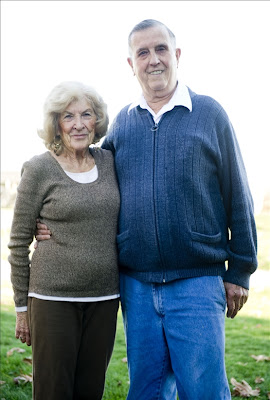 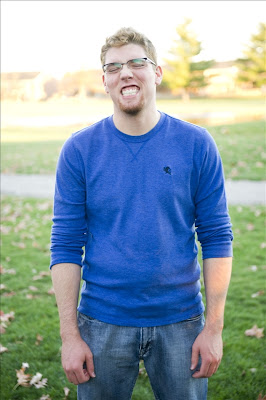 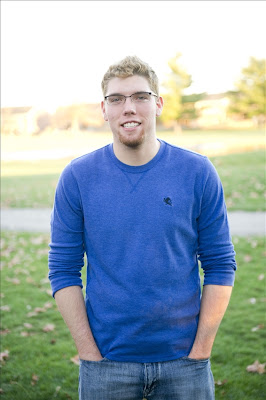 Just wanted to stop by to update y'all on some recents. I went shopping with Jewlia Goulia today and picked up some badly needed new pajamas. Pajama pants, in particular. Here are the new digs:

I've been having serious issues and putting off for way too long buying new jammies to replace my old ones.  These ones.  The ones Dan would walk by every freaking day and just brush by me and my pants would slide off of my body.

Yes.  I'm officially someone who can fit their entire body into one leg of their old pants.


On the note of feeling successful and thankful, Jewlia brought up this old photo to me.  One that I, ironically, happened upon very recently and couldn't believe how far I'd come.  One that Jewlia's hubby said, "That's not Jenn!"

And on that note, a little comparison in the face.  This is a shot of me with my brother on the Mayercraft:

And a shot of me on Saturday night with Dan's sister. :)

Back on track. Again.

Yep, finally back on track.  After three or so weeks of basically eating whatever the hell I wanted to eat, whenever I wanted to eat it (this included thin and crispy veggie pizza, fruit tarts, bread and sandwiches, chocolate, fries and a homestyle chicken sandwich from Wendy's, Taco Bell at least once, some more candy, cookies and a lot of other things I can't even remember.)  Three weeks... of eating whatever I wanted, and waking up to a bloated face.  Waking up to my acne being out of control.  Waking up to feeling like garbage, but continuing to eat that way anyway.

Well, I am back now.  I weighed in at 160.2 this morning after a new recent high of something like 164.5.  I am ultra happy that is more sodium than anything.  I'll just assume I really gained about 2-3 pounds over the last few weeks.  I'd love to get back down to 156 and actually, finally, hit that damn 155 before I go home for Christmas.  Will I be able to endure and remain strong over Thanksgiving?

Resisting my Grandfather's stuffing recipe is next to impossible.  It's super salty and incredibly delicious.  And, stuffing is my favorite food in the world.  So, maybe I'll have a forkful and move back on to the turkey.  Yum, yum.

Well, just thought I'd pop in and give a wee bit of an update.  If you want to see what I've been up to lately, here are a few links!

Laurel and Ryan's shoot was featured on Rock N' Roll Bride this week!

Aly and Chris had a gorgeous and vintage style photo shoot.

Promo images and headshots for Britta!

My last wedding for busy season - Amy and Ed!

Well, thought I'd pop in and say hi.  Things have finally started to slow down with the business (though I have three shoots this week and the bridal show this weekend!) - I'm not feeling so much like I'm losing my mind lately as I have for the last three months.

I got some new promo photos done by the lovely Molly Marie, so I thought I'd share them with you all!  Considering I've been on and off plan - weight fluctuating between 158 and 161 for the last several weeks... I felt pretty good about myself after seeing the photos.  (I'll share more once I get the disc from her.)

On a side note... I've been really inspired lately (or should I say, jealous?) of Whitney over at Slimming Down for the Gown.  Her weight loss progress is where mine should be.  We really were losing weight around the same rate at the beginning, but her dedication has surpassed mine, and she's already down to 148!  Every time I see her updates, I feel guilty about slacking in my healthy lifestyle and going in and out of being comfortable in my plateau.  :(

Aside from that, I've just been working a lot, as usual. :)~  I've got the bridal show coming up on Sunday, so I'll be sure to post some photos from that so you can see it.  Cross your fingers that I'll get a lot of business!

A quick pop-in to say hello.  If you guys want, check out my new blogsite!  Also, tons more new work. 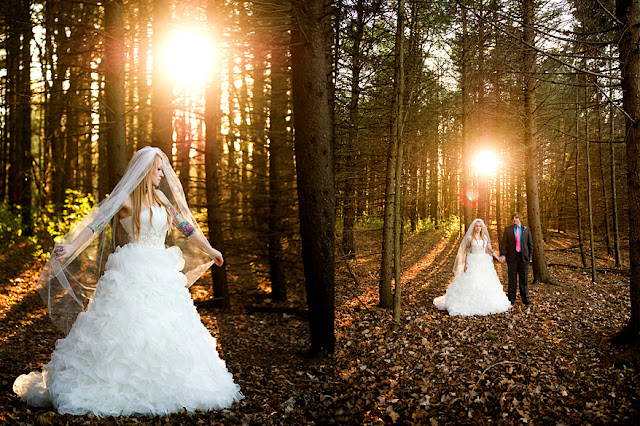 PS, I'll do a real update later this week.  Swear.
Posted by Jennifer Brindley at 3:35 AM 8 comments: