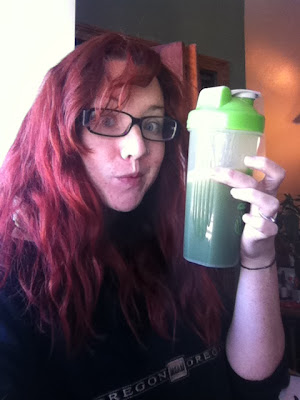 Then, Dan and I went to the farmer's market and got a TON of beautiful produce. 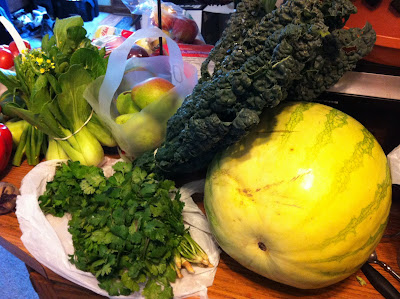 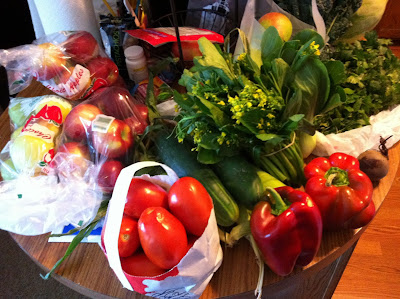 And even though I HATE HATE HATE beets... I've only ever had the canned variety.  The smell of them makes me gag, but Dan has convinced me to try a beet in my juice, because of their intense health benefits. 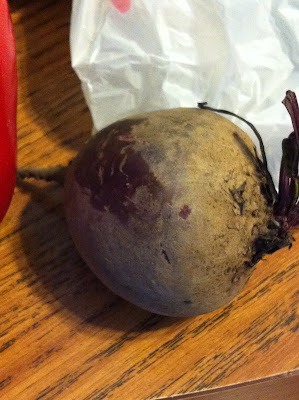 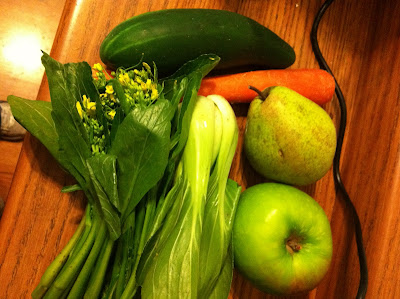 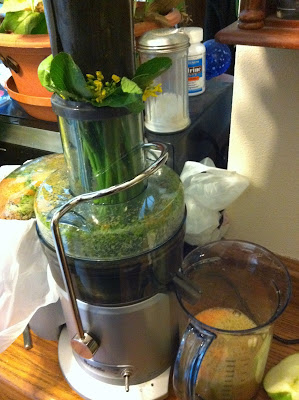 And came out like this!  TONS of juice, this ended up being lunch and evening juice. 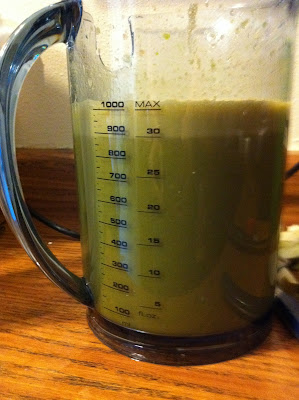 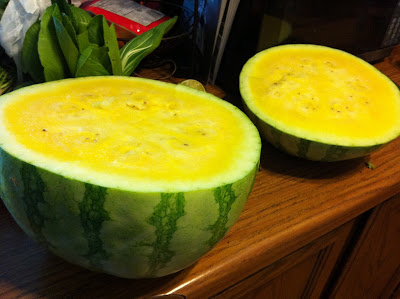 I decided to juice some watermelon, too.  Dan takes a sip of almost every juice I make. :) 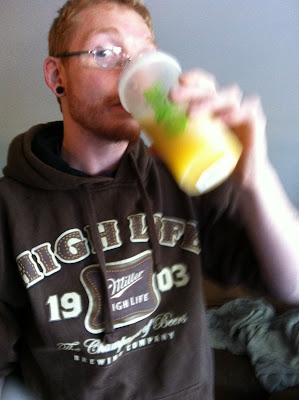 It looks pretty, but doesn't taste nearly as good as one might think.  It's nice enough, but eating the watermelon with the crisp crunch of the melon makes it more delicious than just the juice. 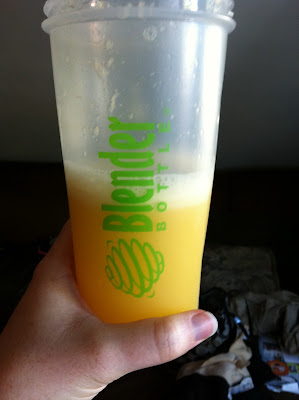 Late dinner juice!
1 bunch bok choy, 1 tomato, 1/2 red bell pepper, 1 handful cilantro
(I know there are 2 tomatoes in this photo, but I only ended up using one.) 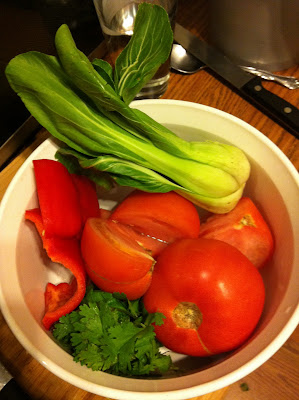 Not nearly as fabulous or savory as the previous night's tomato juice - whether that has to do with the type of tomato I used (last time was roma,) or the choy instead of celery... we'll find out! 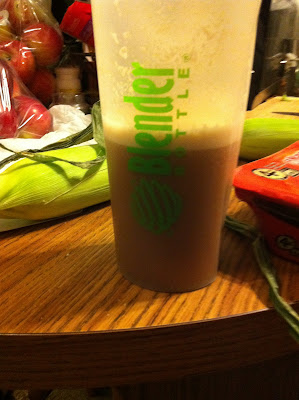 SO!  Overall I feel pretty decent.  I had a very sore lower back and hips again yesterday.  It got so bad that I had a massage, and that seemed to help a little.  I am still sore today but not as much, so it seems to be getting better now.  The weight is coming off bit by bit, though honestly I was sort of hoping for around a pound a day.  But, slow and steady wins the race.  Including today, have 12 more days to go.

Today will be the first day I'm working while on the fast - I have an engagement shoot in two hours, so that should really be a piece of cake.  The real test will be over the weekend when I have two weddings.  That means not only working two long, hard days back to back, but not eating wedding food.  We'll see how it goes!

Oh how I wish I had a juicer, looks so yummy and healthy the best combo!!

Just so you know - you have totally inspired me to get a juicer and try this thang out!