Checking in, and GO PACK! Oh, and underwear pictures.

Well, today I weighed in.  I avoided the weighing in last (this past) week because my biatch Aunt Flo was coming to visit and I knew I wouldn't be happy.  So, even though she's still here, I weighed in a little early.  Also, because today is football I'm sure to eat some high sodium treats and I wanted my real number. ;) 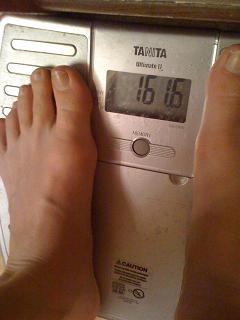 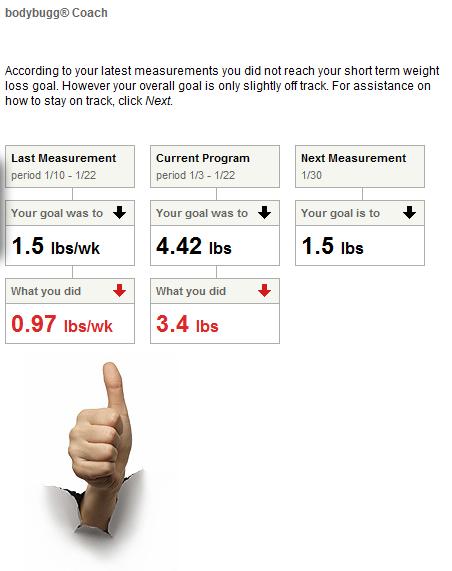 I'm feeling like I still have some pd. weight, most likely.  But, I'm trying not to get too hung up on that.  :)  I am slightly irritated because I had really good deficits and I still am not seeing the appropriate losses, but I know it's a slow and steady battle.
The other interesting thing is that the Bodybugg shows the numbers I recorded (which I feel I do a pretty good job,) - and then it'll adjust it after weighing in and show what my "actual" deficit probably was, based on my weigh in.  So, with the numbers it would appear I'm losing around 450 calories a day in my recording.  I don't really feel that is the case.  Really.  But, I'm willing to really take a look at myself and watch my process.
I posted this video about recording / guessing / measuring calories.  I am going to try to really focus on weighing everything. 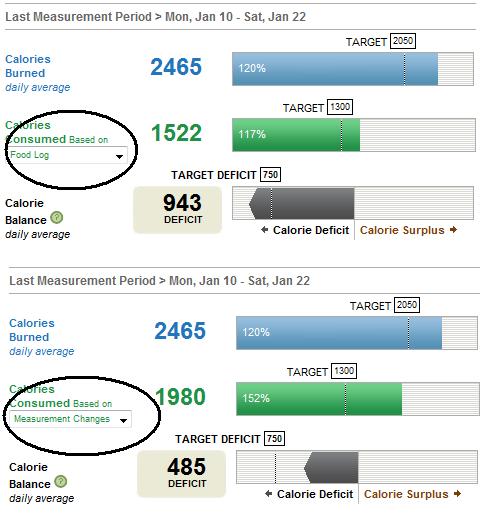 I'm also feeling kind of "buff", dare say it.  Compared to how I felt here when I weighed in at 160.4 pounds and did a side by side comparison of my body. 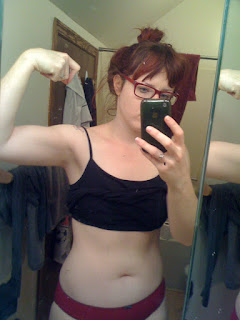 I know I'm not super ripped, but holy crap I can see my arm muscles and shoulders more.  And my tummy is starting to shrink enough to sort of see the muscle forms underneath.  I'm looking forward to focusing on sculpting my body this year and / while losing the last 15-20 pounds.  :)~
Oh, and GO Packers!!!!
~Jenn
Posted by Jennifer Brindley at 11:44 AM

You had me at "underwear pictures"...

Great job and as a Wisconsinite myself I must say...Go Packers!

It all adds up - you'll get there.

Love the pic of you and Julia - awesome!

Im from Pittsburgh... So of course- GO STEELERS <3

Have you ever wondered if holding your camera to take a picture while you're on the scale effects the number?

My weights and dates seem to be running inversely to what yours are. Even so did I recently buy and photograph myself in a pair of panties that are the exact same wine red colour as the underwear you modeled in this post - only I haven't posted the photos of myself modeling my new panties yet (I'll probably post them in a month or two). Congratulations on looking so good in yours!

Congrats on the weight loss! I can't wait to see that number on the scale. Soon I hope.

Congrats on the Packers winning on Sunday, but that means they play my hubby's team in the Superbowl.
Nothing wrong with a lil friendly competition right?
Good luck at the game!!

Just found your blog - I have a bb and love it!!! Such a great invention. Keep up the good work.